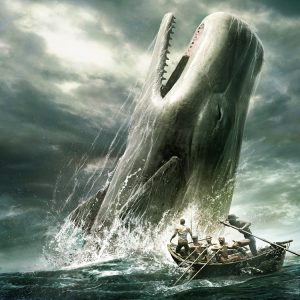 I’m blogging chapter by chapter through a great book on writing by James Scott Bell. I encourage you to pick up a copy of “The Art Of War For Writers”.

Tip #23 in the “Art of War for Writers” from James Scott Bell is: “The writer of potential greatness settles not for ‘mere fiction’.”

Bell shares a spirited conversation he had with some writing pals about the greatness of Herman Melville’s Moby Dick. It seems he was the only one of them that had warm fuzzies about the book, and what impressed him the most about it is that Melville “…was going for it. In sports parlance, he was leaving it all out there on the floor…He was himself pursuing a whale of artistic vision.” (And as you probably know, Melville enjoyed little commercial success from his masterpiece.)

Bell sees similar chutzpah in the early writing of young Stephen King, who though he was still unpublished with a completed novel or two under his belt, still managed to keep the lofty view of what he wanted to achieve with writing, even though there was no food in the fridge.

As one who has written not a little with not much to show for it so far, I hear what Bell is saying. Still give it your very best as you settle into your chair each day. Keep growing. Keep sharpening your saw. Keep hanging out with other writers who can push you. Keep aiming high.

We Christians banter often about doing our thing “before an Audience of One”. If nothing else, let that thought inspire you to keep pursuing excellence in your art.