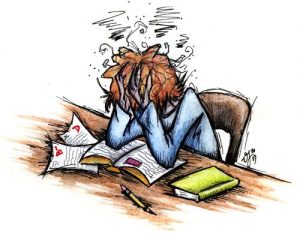 Tip 26 is this: Edit slow, edit tough, with a process both clear and cool.

Writing is rewriting, we’ve heard it said again and again. But are there better ways than others to go about it?

Bell’s entry here is short and sweet, which is a bit surprising since he’s written an entire book on the subject (Revision and Self-Editing) which is on my shelf. But just take his Table Of Contents, for example, as an example of what editing entails:

Whew! You never knew as a writer all that you were up to, did you? But editing ought to give attention to each of these elements.

Obviously one of the best ways to edit is to get your work into other people’s hands and invite (then accept!) their feedback. I’m good at weeding out most of the spelling errors and typos out of my manuscript, but the more nuanced critiques usually need to come from other eyes and brains than your own.

In a TV series I’m writing, I have my main character show a fondness for Dr. Suess. Kinda cute, I thought. Something to draw kids in. It’s still an undeveloped idea, but then my wife read my synopsis and said, “That Dr. Suess thing is kinda creepy.” It totally flummoxed me, but no sense getting irate about it. Obviously, if this idea is a keeper, it’s going to need some spit and polish.

Yet there has to be a balance here. And Bell is spot on when he says this: “I will say that there does come a point of diminishing returns. You can workshop or critique group something to death and reach a place where it isn’t improving. At some point you have to send it out.”

There is no perfect bit of writing. Not Hamlet’s To be or not to be soliloquy, not the apostle Paul’s love poem, even Psalm 23 could be reworked (“David, you’re mixing metaphors here. First, you’re talking sheep and shepherds, now you’ve brought me into a banquet hall. You better smooth this out or it’ll never amount to anything.”)  Everything can be rewritten.

So edit slow, edit tough, then comes the time you’ve done enough. Get it out there.