An Insider’s Peek At Background Acting 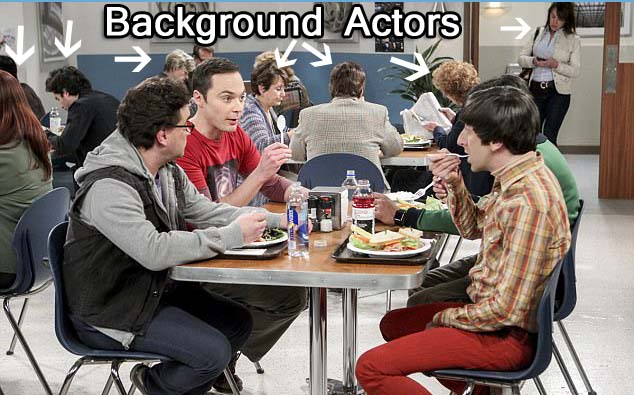 In the summer of 2016, my wife Janis and I sold our home in Connecticut, stepped down from our jobs, and moved to LA. Mid-life crisis? Possibly. Crazy? Likely. Scary? Absolutely.

You’re not supposed to do this when you hit your fifties. But…you reach a point in life where you begin asking yourself: Is the only reason we’re alive is to die comfortably?

Both Janis and I are gripped by dreams we’ve never allowed to fully come out and play. For me, it’s writing stories, which I’ve done since I was a boy. So we came to LA for me to take a year away from ministry to write my little heart out, and try to join the growing chorus of Christian voices in Hollywood. It doesn’t hurt that our daughter and only child Hannah lives out here.

During this time, we’ve helped pay the bills by becoming “background actors”, and in this series of blogs I’ll give you an insider’s peek into what this peculiar line of work looks like.

Chris Flippin’-Captain-Kirk Pine is standing right next to me on the steps of a courthouse in Burbank. His eyes flash with that joyful wildness that has become his trademark look.

I’m dressed as a reporter from the 1960s, along with a dozen others, brandishing notepads and cameras, most smoking cigarettes because smoking was what people did in the 60s (herbals though, no nicotine on the set, because that would break like 71 laws in California these days.)

Mr. Pine marvels at the camera that’s right there in our faces because they’re using real film in the creation of a mini-series we’re working on to give it a classic look and feel. 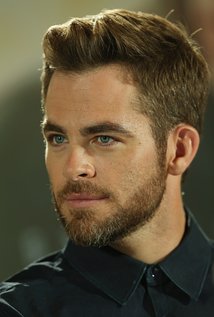 Outside of perhaps a basic hello, background actors are not allowed to buddy-up with any of the “talent”. Speak if you’re spoken to, but be respectfully mute otherwise.

Which is killing me because Chris Pine would be a perfect fit to play the lead in Deep Freeze, one of my screenplay projects. If I’d say, “Chris, I’ve written a story I think you’d love. Can I hit you with the logline?”, it’s 99.37% certain that I’d be kicked off the set. (A “logline” is a one-sentence summary of your story – but that one sentence has to absolutely sizzle. It has to be so amazing that a producer would whip off their glasses, and says, “OMG! Tell me more!”)

So instead, I’ve been practicing my logline aloud with my new friend Alex – An apocalyptic snowstorm buries the Mountain Plains under thirty feet of snow, forcing six friends trapped in a country house to fight starvation, sickness, madness, and a ruthless band of escaped prisoners if they’re to make it out alive! – just within earshot of my new friend Chris.

But alas, he’s focused on the vintage camera, and more so on what he does in front of the camera, like doing the smolder with his hair, getting beat up, and flashing his great smile.

The Vault Of Faith

Once I step outside that moment and catch a glimpse from above of what I’m doing, then it’s me who’s smiling. Because this is one reason among many why we took the vault of faith (leap is too weak a word) and moved West.

If you would have told me eighteen months ago that Chris Pine and I would be on a movie set together, taking direction from Patty Flippin’-Wonder-Woman Jenkins (I forgot to mention that tiny morsel), I would have encouraged you to see your therapist.

“Hey Alex, have I told you the one about the apocalyptic snowstorm that buries…”

But there it is in a nutshell – the lure of entering the world of background acting.

Now before you start getting envious, and start unfriending us and junk, even though I’ve spent ten paragraphs trying to describe how glamorous all this is, doing BG work is far from glamorous. It’s basically a minimum wage job, with some incredibly long hours, and torturous drives through the loveliness that is LA traffic.

Over the next few weeks, I’ll do my best to give you a revealing – and hopefully fun – glimpse at this most curious of ways to get a paycheck.