Speed Is The Essence Of The Opening 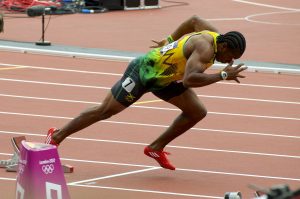 Tip 36 is this: Speed Is The Essence Of The Opening.

Now we know this. It’s laid into our psyche as children when Mom would begin with, “Once upon a time…” We feel it in our bones when we watch a movie and nothing happens in the first five minutes.

Sheryl J. Anderson, creator of the TV show Charmed, says she reads a script by page ten because she’s obligated, but knows by page three if it’s any good.

The Bible does this. Everything’s just splendid, and suddenly, “Now the serpent was more crafty than any other beast” (Genesis 3:1). Jesus did it in his parables: “The kingdom of heaven may be compared to a man who sowed good seed in his field, but while his men were sleeping, his enemy came and sowed weeds…” (Matthew 13:24).

JSB says take the reader “by the lapels and drag him into the story world with no time wasted.”

He then drills the point home with example after example from best-selling novels.

Why is this necessary? I love JSB’s explanation. We need to understand why people read: “They read to worry. They read because they want to have their emotions wrenched by the plight of a character to whom they feel emotionally connected.”

So don’t fight it. Don’t try to tell yourself that it’s because people have short attention spans today. It’s the essence of good communication and compelling story-telling at all times and in all places. Speed is indeed the essence of the opening.