A Thesaurus Is Not A Dinosaur 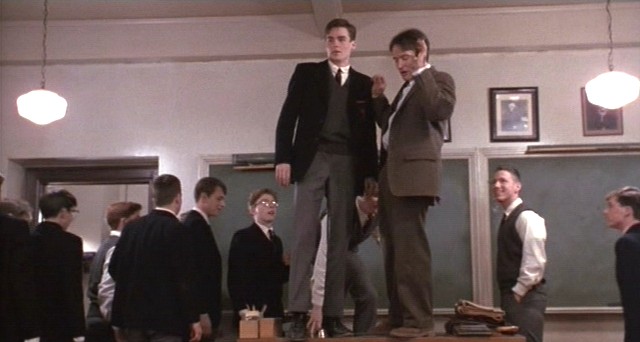 Tip 34 is this: When you are stuck, call on a word and its cousins.

Writing a story is like driving a car through mud. Generally, you’ll make progress, but not without a lot of wheel-spinning, and slipping and sliding, and of course the occasional getting stuck altogether.

How do you get the car moving again? JSB shares a personal strategy he uses here that I’ll bet you’ve never heard before:

Get out that tool of yours that sounds like a dinosaur: your thesaurus.

His usage of it is clever. If he is trying to come up with something about a character’s background, he’ll open his thesaurus at random, land on a word, then peruse all the synonyms given for that particular word. Bell writes, “Invariably, I get a web of pictures and possibilities for whatever I’m looking for.”

For example, he puts his finger on the word “fugitive”, then sees synonyms like “escapee, refugee, runaway”, which leads him to wonder if his character is a bounty hunter, or a prison guard, or an actual fugitive.

Bell uses this peculiar technique even when he’s trying to come up with dialogue to take his scene in an unexpected direction. The randomness of the words, and its cousins, becomes a stimulant to further creativity, allowing him to get his scene or character out of the mud its caught in.

It reminds me of that great scene from Dead Poets Society where Robin Williams has each of his students get on top of his desk. He says, “I do this to constantly remind myself to look at things in a different way…even if it may seem silly or wrong.”

One of the things I enjoy about sharing a script with others is to receive – sometimes jarring – feedback that comes from an unexpected perspective. (Some writers are threatened by this. Don’t be one of them.)  But if you don’t have access to a reader or a writer’s group, then allow your thesaurus to serve as one.

Give it a try today in your writing, and see where it takes you.