Use A Voice-Journal To Create Zesty Characters 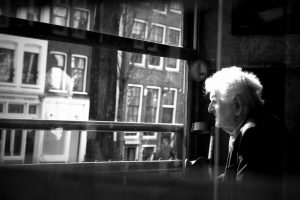 Tip 35 is this: Use of a voice journal will keep characters from becoming little versions of the writer.

Let’s let JSB tells us what he means:

So basically you sit down for five to ten minutes at the computer and let your character speak, writing non-stop without any editing. Just see what the character will say. Bell’s example:

“My name is Pierpont Feenie, and people stare at me because I’m six-foot-nine…” and off he riffs for several paragraphs.

I remember doing something like this with a character in a novel who at first was supposed to die in a house fire. During a rescue scene where the hero was circling the burning house looking for a way in, he peered into the basement, and to the great shock of my imagination, there was my doomed character staring back at the hero, quite alive, and quite insistent that he be rescued. The nerve of him getting all Westworld on me!

But I never would have guessed that until I allowed that character to speak in its own voice.

However, I don’t do this nearly enough in my writing, and JSB has challenged me – as he has a nasty habit of doing – to dig my writing spade deeper than I am accustomed.