Day 15: When The Circus Came To Town 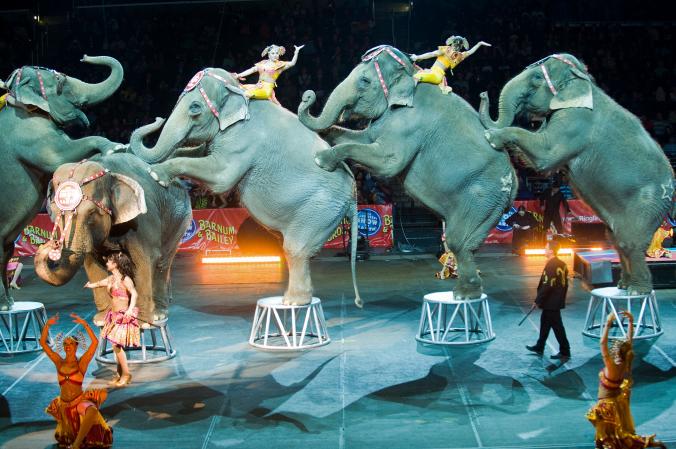 When I was a boy growing up in the Midwest during the 1970s, the circus coming to town was always a big deal. It seemed to come out of nowhere. Suddenly flyers were hanging from every light pole, and overnight, giant tents appeared in the center of town. Every kid would cram around the slapdash picket fence to snatch a glimpse of an elephant or tiger. (We didn’t have cable TV or DVRs or “Planet Earth” collections. Anything other than a cow or sheep was an exotic animal to us.)

Ridiculous looking clowns and pretty little trapeze dancers in tight leotards would stroll by and point to us as though we were the ones who were weirdly dressed. The entire town would shut down, and for the next three or four days, it was all we thought about and talked about.

That’s how puberty arrived for me. Like an unexpected wild, west circus that roared into the center of my heart, and took over, dazzling me with thrills, dangers and pleasures that I couldn’t have imagined, and wouldn’t have believed if you told me. And that was a big part of the problem. Nobody told me.

My parents were mum about it. There was no sex ed. A Little League buddy once scratched a very graphic (and exceptionally well-done) picture in the dirt between second and third base that opened my eyes to the wonders to come (and caused at least three E-6’s for the next inning as I tried to play shortstop.) I knew there were changes coming. Bigger muscles, deeper voices, and hair in strange places (which took like forever.) But my goodness – I had no clue what else was under the big tent.

So when it arrived, it wiped me out. It took me over. It became all I could think about, dream about, and give myself to. I wanted that feeling over and over again. In my mind, I quickly connected that pleasure to the female body.

As an aside: This is not to say that I had a preadolescent sense of being decidedly heterosexual. I believe homosexuals who read back into their childhood full-bodied same-sex attractions are not being honest about what they were feeling. Before puberty, girls to me were odd, mysterious, and scientifically proven to host cooties. I had no experience of pure, undiluted sexual desire until puberty fired up all the furnaces.

All this to say, I believe that the early days after the onset of puberty are critical in terms of conditioning a person’s mind to objects of arousal. Should a boy connect that pleasure to another male, or a girl to another female, a very strong and complex attraction is set in place, which – like high speed cabling that gets trenched in under the street – is not easily replaced.

I began scouring our house for every photo that showed the skin and curves of a woman’s body. Granted, it was slim 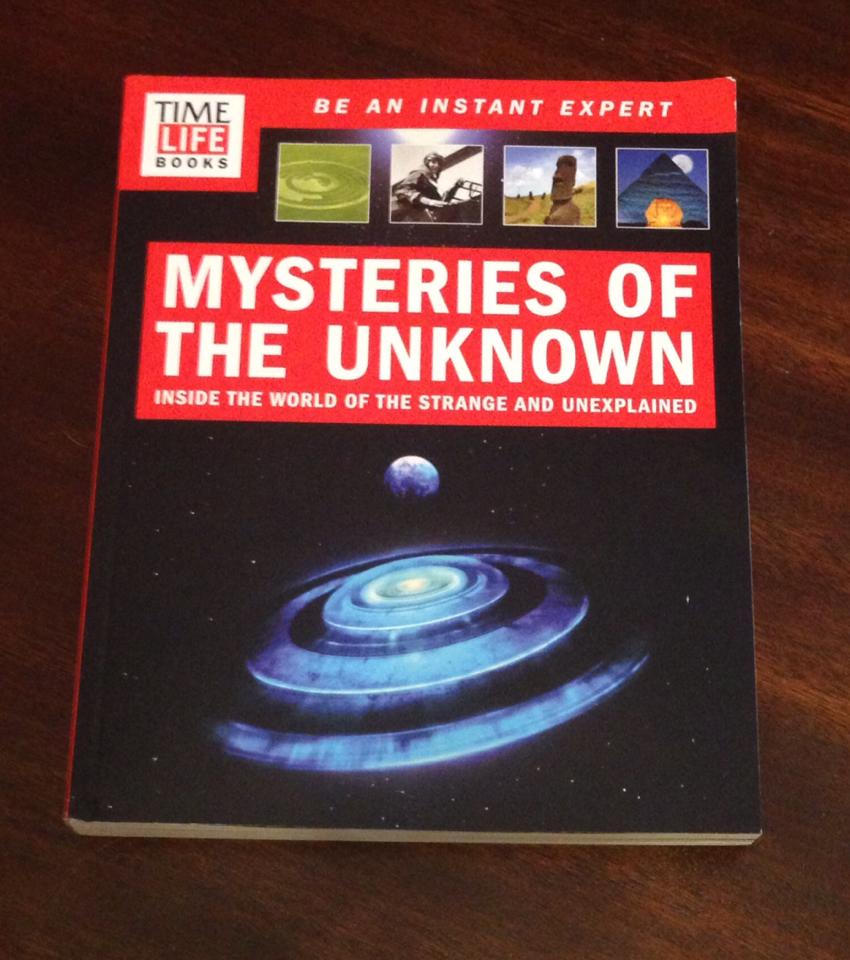 pick’ins. Time-Life had a few books where I could hit paydirt fairly quickly. (My interest in World War II grew then, because that was the quickest section to flip to if Mom or Dad walked in the room.) There was an interesting medical book my parents owned that offered some nice pictures of the female anatomy, mixed in with photos of psoriasis and leprosy.

If I could have had access to digital technology back then, I have no doubt at all that it would have pulverized my heart. Finding pornography in the 70s required real effort: crawling on hands and knees to get under the small divot beneath the drive-in fence to snatch quick, dangerous glimpses of forbidden fruit; circling innocently back toward the cash register at the gas station, giving meticulous thought to whether it would be a Mounds or Three-Musketeers bar, while surreptitiously boring my eyes at the magazine cover behind the clerk’s back. I cannot stress enough the importance of parents being fully transparent with their children as they enter their teens.

Until Jesus spoke to my heart.

I was given two of the greatest gifts a child could have – a faithful father and a praying mother. No, they didn’t speak openly enough about sex. They were part of a culture where that didn’t happen (Rob and Mary Petrie slept in separate beds, for crying out loud.) But what they did do well was raise me with strong spiritual moorings.

As soon as I could sit on a lap, Mom was reading me Bible stories. And Dad made sure we were in church every Sunday. Jesus was a legitimate hero of my youth, right along with Batman and Green Hornet. At the age of 11 I made a very real “decision” to give my life to Jesus. I will never doubt that a young child is capable of great faith because I was that child.

Jesus was far from irrelevant to my pre-adolescent life. I remember spiritual conversations with my parents about the pitfalls of profanity. I was severely bullied in the sixth grade, and my faith was a strong anchor during that storm. So looking back, it’s not a surprise to call to mind the day where I was laying on my stomach on the family room couch, pretending to watch TV, when out of nowhere the strongest of thoughts impressed itself on my mind: “Son, you have to stop this.” It was in no way audible. I would be exaggerating to suggest any sort of fuller conversation. I didn’t roll over and say, “Speak Lord, thou servant heareth.” But I knew it wasn’t me.

Then a second impression came into my heart. The essence of which was that from that point on, I was forbidden to yield to this desire in the daylight hours. If the sun was up, nothing else was to be up.

And I obeyed the voice from that point forward. It wasn’t a full deliverance from impurity by any means. Like Las Vegas after sunset, the Morlocks came out at night. But with one sweep of his hand, God brought discipline and order to my chaotic life. Whole swaths of time were suddenly swept clean. It gave me clean air to breath and solid ground on which to stand.

Christians believe that the Holy Spirit, an actual metaphysical presence of Jesus himself, indwells them. If you talk to some Christians, they make it sound like hearing Jesus’ voice is like talking to Mom on the phone. It’s effortless. “Pancakes or French toast, Jesus?” and he’ll tell them. Then you’ll talk to other Christians and they make it sound like it all has to be taken on faith. That there is no experience whatsoever on this side of heaven. Blessed are those who do not see but yet believe.

As is usually the case, the truth is somewhere in the middle. I swam in the stream with the first group for three years back in college. I spoke in tongues. Had my hand on the devil. But just like Bono, I reached a point where I still hadn’t found what I was looking for. There was much too much silliness being laid at the feet of Jesus, which I knew – when I looked at it honestly – wasn’t him.

But I knew I had experienced something along the way also. “God himself, alive, pulling at the other end of the cord,” as C.S. Lewis put it. The Bible was not a dead book to me. I discovered it to be ‘living and active’, just like 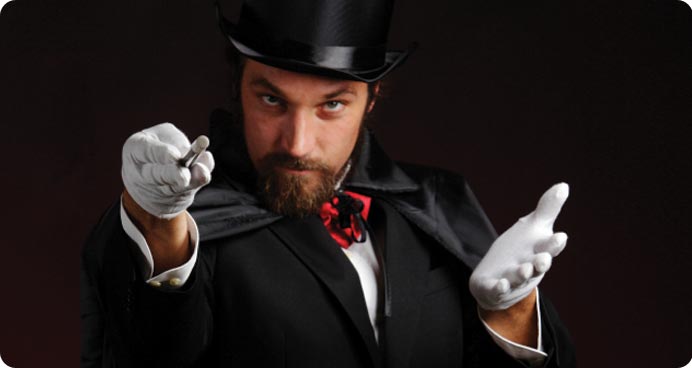 it said it was (Hebrews 4:12), and couldn’t put it down. The voice I heard that day on the couch was real, and that voice has echoed in my heart many times since.

I want to teach you in coming days how to hear God’s still, small voice first and foremost through the written words of Scripture. Then secondarily through the calmness of a heart and mind that learns to be quiet before him. And thirdly, mediated through his people.

It’s not necessarily glamorous. The road to spiritual health will require attending to activities that on the surface may seem rather mundane. A book on your lap. Knees on the carpet. Getting up earlier than you may care to on Sunday. “In quietness and trust shall be your strength,” Isaiah said (30:15).

The “experience” of God is seldom razzle-dazzle. If God has to get all Cirque du Soleil with you for you to think it’s him, you’ll be disappointed. And you’ll also remain trapped in your sin.

Write down some thoughts about how you experienced puberty.

How do you think some of your earliest thoughts and experiences of sexuality have impacted who you are today?

“Create in me a clean heart, O God, and renew a right spirit within me. Cast me not away from your presence, and take not your Holy Spirit from me.” ~ Psalm 51:10-11