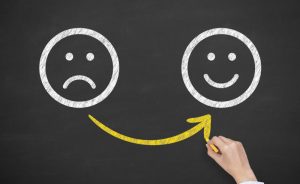 The war for Augustine’s soul waged on two fronts: his spiritual infidelity in embracing Manichaeism, and his sexual infidelity is accepting cohabitation as a substitute for marriage. For Augustine the bishop, these were not two unrelated obstacles. What linked them was that both were ways he tried in his youth to find happiness.

The “pursuit of happiness” was not just an inalienable right discovered by America’s Founding Fathers. It was the quest of ancient Greek and Romans philosophers who repeatedly asked: where is true happiness to be found? Augustine was consumed by the question.

The more he experimented with reckless hedonism as a student in Carthage, the more dismal he became. Looking back on it, Augustine writes that God was “scattering the most bitter discontent over all my illicit pleasures, so that thus I might seek for pleasure in which there was no discontent.”

He came across a book called Hortensius by the famed Roman philosopher Cicero. Augustine credits the reading of that book as a key turning point in his young life. “It was this book which altered my way of feeling, turned my prayers to you, Lord, yourself, and gave me different ambitions and desires.” In the book (only fragments of which survive), Cicero argued that true happiness could only be found by embracing “philosophy” (which literally means ‘the love of wisdom’). “I was urged on…to love and seek and obtain and embrace and hold fast wisdom itself, whatever it might be,” Augustine writes.

But reading Cicero only turned him round partway toward God. He was much too headstrong and ambitious to complete the journey home. Though he briefly reconsidered his childhood faith (the name of Jesus was “in his mother’s milk”, Augustine admits), when he tried to read the Bible with his new thirst for wisdom, he was quickly disappointed by what he saw, especially when he compared it with the “grand style of Cicero”. “What I saw was something that is not discovered by the proud,” he wrote.

Instead to quell his spiritual hunger, he fell in with the Manichaean cult, finding in its teaching something to tickle his reason and vanity simultaneously. Meanwhile, to quell his sexual hunger, he moved in with his lover. “In those years I lived with a woman who was not bound to me by lawful marriage. She was one who had come my way because of my wandering desires and my lack of considered judgment. Nevertheless I had only this one woman and I was faithful to her.”

There Augustine remained stuck in place for the next nine years, refusing to budge.

“So for the space of nine years (from my 19th to my 28th year) I lived a life in which I was seduced and seducing, deceived and deceiving, the prey of various desires. My public life was that of the teacher of what are called the liberal arts. [Augustine described his job as ‘taking money for instructing my pupils how to overcome other people by speechmaking’.] In private I went under cover of a false kind of religion. I was arrogant in the one sphere, superstitious in the other, and vain and empty from all points of view.” (4:1)

For young Augustine, he had everything the world said he needed to be happy. All the boxes were checked. A fast-track career path toward fame and wealth. All the friends he needed. All the sex he wanted. A “spiritual” life that told him he was doing right by God. And he was miserable. 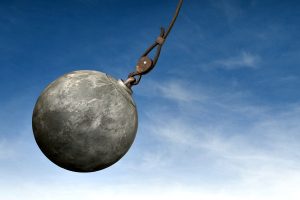 The death of his close friend was the first hammer-blow he received. “I was unhappy and so is every soul unhappy which is tied to its love for mortal things,” he learned from that experience.

A second hammer-blow came when he met the leading light of the Manichean movement in his day, a man named Faustus, whom Augustine had “a kind of boundless longing” to see. His faith in Manichaeism had already started to erode, the more he poked at it with his powers of reason. He hoped his meeting with Faustus would lay to rest some of his nagging questions, but instead Faustus, though charming and eloquent, had no answers to give him, and a short time later Augustine abandoned the cult.

But  for pride’s sake, he was still not ready to return home to Christianity. As his teaching duties took him from Carthage, to Rome, then Milan, a brooding cynicism overspread his heart. He was learning that the love of knowledge was ultimately an empty pursuit, when untethered to the knowledge of God.

But God was slowly, steadily breaking down his defenses, and in Milan two powerful forces converged to help him cross the line of faith – he came under the preaching of Ambrose, one of the greatest Christian teachers in his time, and the sledgehammer that was his mother Monica moved to Milan to be near him.

At first, Augustine was drawn to hear Ambrose’s sermons only to “put his eloquence on trial”, like a backrow seeker pretending to keep a detached distance from the message. “Though I did not realize it,” he confessed to God, “I was led to him by you so that…I might be led to you by him.”

Through Ambrose, he heard compelling answers to long-standing objections he had held against Christianity, such as the problem of where evil came from. One of the most troubling barriers he had been unable to cross was Christianity’s insistence on faith, when for Augustine “I wanted to be just as certain about things which I could not see as I was certain that 7 and 3 makes 10.” His negative experience with Manichaeism had given him a sort of PTSD which made him unwilling to give his heart away like that ever again. “It was the same with me as with a man who having once had a bad doctor, is afraid of trusting himself even to a good one.”

But Ambrose gently calmed those fears in him, by showing him that faith was not an unreasonable response to life. “I considered what a countless number of things there were which I believed though I had not seen them and had not been present when they had taken place…and unless we believed these things we should get nothing done at all in this life.”

Bit by bit, all the barriers Augustine had raised against Christianity came down. He began to read the Bible, and this time around, he was amazed by the truth he saw, which he had missed before. He even began to see how Greek philosophy, especially a school of thought called Platonism, pointed powerfully to the Christian message, the difference being that the Platonists could merely see “the happy country which is there for us”, but not see how to get there. 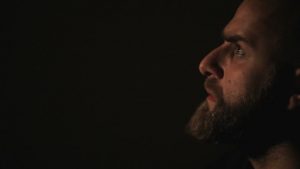 For Augustine, one massive roadblock remained that prevented him from crossing the threshold into true and lasting happiness. One by one, the lies he had been living by were all unmasked. He now knew without a doubt that Christianity was true. It connected all the dots in a way that satisfied his reason. It was no longer his intellect that prevented him from coming to Christ. It was his will. One lie he could not shake – that he needed sexual pleasure to be happy.

My life in you I kept on putting off from one day to the next…I thought that I should be unbearably unhappy if I were deprived of the embraces of a woman, and I never thought of your mercy as a medicine to cure that weakness, because I had never tried it. (6:11)

I myself fell far short of his grandeur of spirit. I was the prisoner of this disease of the flesh and of its deadly sweetness, and I dragged my chains about with me, dreading the idea of its being loosed…He was much surprised to find that I, of whom he thought so highly, was so stuck in the glue of this kind of pleasure. (6:12)

He tried to treat his soul’s disease by treating its outward symptoms. Enter Monica, who encouraged him to make a clean break with his past by sending away his lover, and marrying the “right” woman.

Today most pastors would have counseled Augustine to simply marry the one he was with for so many years. For not only would sending her away break up his family (his son stayed with him), and shatter her (she vowed before God to never sleep with another man), but clearly he loved her, for when she returned to Africa, he writes, “My heart, which clung to her, was broken and wounded and dropping blood.”

It seems like needless pain to our point of view, but by the fourth century, several unhelpful and unbiblical ideas of sex and marriage had crept into the wider Church. The standard of clergy celibacy was rapidly taking hold (Ambrose was celibate, which was “rather a burden to bear” as Augustine saw it), as was the idea that marriage existed primarily, if not solely, for procreation. The idea of sex as a good and God-given gift to be celebrated in its own right between a husband and wife had been largely lost.

Not only did he suffer this needless pain, but Augustine compounded his trouble when no sooner did his concubine leave, than he found another lover! “So since I was not so much a lover of marriage is a slave to lust, I found another woman for myself – not of course, as a wife. In this way my soul’s disease was fed and kept alive…Just as strong as before, or stronger, and still the slave of an unbreakable habit.”

Rightly or wrongly, in Augustine’s heart, if he was to convert to Christianity, then the entire kit and caboodle of sex had to be renounced. What is instructive and inspirational for us who have struggled with sexual self-control of any stripe is that this is exactly what he ended up doing.

Regardless of whether or not we fully agree with his theology of sex, how a man this addicted to the sexual experience arrives at a place of peaceful, worshipful acceptance of doing without it is a powerful lesson for each of us to learn.

Today’s Worship Suggestion: “Just As I Am” (Charlotte Elliott, William B. Bradbury)

“No temptation has overtaken you that is not common to man. God is faithful, and he will not let you be tempted beyond your ability, but with the temptation he will also provide the way of escape, that you may be able to endure it.” ~ 1 Corinthians 10:13