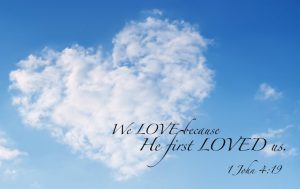 This is how Augustine describes the immediate aftermath of his conversion in the summer of 386 AD:

And this was what you did: I was totally able to set my face against what I willed and to will what you willed. But where had this ability been for all those years? And from what profound and secret depth was my free will suddenly called forth in a moment so that I should bow my neck to your easy yoke and my shoulders to your light burden, O Christ Jesus, my Helper and my Redeemer?

How sweet it suddenly became to me to be without the sweetness of those empty toys! How glad I was to give up the things I had been so afraid to lose! You cast them out for me, you true and supreme sweetness, you cast them out and you entered into me to take their place, sweeter than all pleasure, but not to flesh and blood, brighter than all light, but more inward than all hidden depths. (9:1)

We live in a cynical age which loves to explore the underbelly of good people, celebrate the anti-hero, and wallow in failure. We’re conditioned to look for loopholes and ask, “What’s the catch?” Rather than rise up on the coattails of those who excel, we justify our apathy with stories of hypocrisy unmasked. Yet anyone who approaches Augustine with that mindset will come away disappointed. The B.C.-Augustine and the AD-Augustine were as night and day. His writings and his life pay tribute to the power of the risen Christ to transform a life.

In Book 9 of Confessions, Augustine covers the year following his conversion, through his baptism and the death of his mother Monica. The changes which occur in his life are substantial.

So what was it in the end that won the day for Augustine? It was the question burning inside of me when I first read Confessions. Why could he let go of his sexual lust and I – a Christian and pastor – couldn’t? What was his secret?

We’ve been saying it all along. It wasn’t his Bible study, his prayer, his church attendance, his self-examination, his friends, his mother, his exertion of will or strength of effort. It wasn’t any one thing. What saved him was this: Love for God in Christ finally filled his heart. Doing these things helped carve out the channel through which the grace of God could flow like a spring to his heart and mind.

As he placed himself in the presence of God, and his Word, and his people, he grew in the awareness of God’s love for him. He recognized that it was God feeding him as he drank from his mother’s breast. It was God warning him when Monica warned him about the danger of sexual lust. It was God who led him to Amb 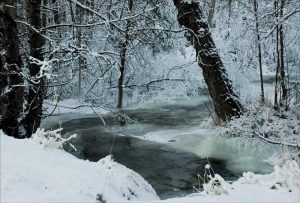 rose so that Ambrose could lead him to God. It was God who put the idea in his head to visit Simplicianus. Augustine never negates his own responsibility to respond to grace, but God’s love is always prior. And this awareness – that God is always in, with, under and above him, awakens his own love for God.

At first his love for God was like a trickle of water that breaks free from a frozen stream. But gradually as thawing came, that love began to flow more fully. His conversion was the tipping point where that love for his Savior at last became a free-flowing current, overwhelming his love for money, for recognition, for friendship, for happiness, even sex.

Book 10 contains one of the most beautiful psalms from Augustine’s pen where that current of love was at flood stage.

Late it was that I loved you, beauty so ancient and so new, late have I loved you! And look, you were within me and I was outside, and there I sought for you and in my ugliness I plunged into the beauties that you have made. You were with me, and I was not with you. Those outer beauties kept me far from you, yet if they had not been in you, they would not have existed at all. You called, you cried out, you shattered my deafness. You flashed, you shone, you scattered my blindness. (10:27)

As I read Augustine’s words, and excavated inside my soul, my first discovery was that I couldn’t even bring myself to honestly speak to God in the way he did. Oh, I could say the words, but they would ring flat. “Beauty so ancient and so new…bla, bla, bla.”

It hadn’t always been like this. I had enjoyed many good seasons with a firing-on-all-cylinders passion for God. But I had lost my first love for Christ (cf. Revelation 2:4). Why had I reached this place? I landed on three possible explanations.

Had I sinned first, and then tried to cover it up by copping an attitude with God? We do this, you know. “When a man’s folly brings his way to ruin, his heart rages against the Lord.” (Proverbs 19:3). It’s the oldest move in the playbook. You do something wrong, then look for something or someone to blame other than yourself.

I was nearly a decade into a marriage that was on fumes. Additionally, we discovered that after one child, we were facing a secondary infertility issue that made it unlikely Janis would conceive again. We were piling up debt. Yet each week, I had to put on a happy face, climb into a pulpit and play God’s press secretary, and explain his ways to his people, when I scarcely understood them myself. Had my disappointment become an excuse for sin? (“Fine! If that’s how you’re going to treat me God, then take this!”)

I still did all my religious things, but it reached a point where I was going through the motions. The Bible – rather than being ‘living and active’ – had become like a letter in a bottle which I had found on the beach, written by an unknown author far across the sea. Prayer seemed futile – I doubted that God was close enough or concerned enough to care. (And I’m sure I had a little of Augustine’s “Make me pure Lord, but not just yet” inside of me.)

One biblical word summarized it all: I needed to repent. “Repent” in the New Testament literally means to change your thinking which assumes you will then change the course or direction of your life. You were heading this way; you repent, and now head the other way. Far more than just saying “sorry” to God, repentance means you are turning away from sin and turning back to God.

In the book of Judges, time and again “the people of Israel did what was evil in the sight of the Lord and served the Baals” (Judges 2:11). Notice that rather than change their behavior by repenting and returning to God, what the Hebrews did was find a deity who approved of their behavior. They changed their God.

We see this same phenomenon occurring within the wider Church today, as entire denominations and countless Christians toss overboard historic, biblical standards of morality, insisting that either God has changed his mind about them, or we misunderstood God to begin with. But in fact, we’re living back in the book of Judges, living in a time when people pretend they have no King, and do what is right in their own eyes (cf. Judges 21:25).

Thankfully by God’s grace, I made like a long-jumper and flung myself headlong back into Jesus’ arms. I knew I couldn’t just wake up the next morning and decide to love God more, any more than a candle could light itself. To be lit, a candl 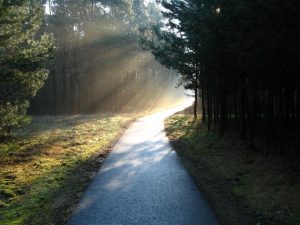 e needs to be immersed in flame.

I asked Jesus, begged him, pleaded with him to forgive me, and to help me do what I could not do for myself. To free me from my sin – for now I was up to my waist in the bog and hopelessly stuck. To fill me again with the love of a soul on fire for my God. To speak to me again through his holy book. To guide my steps, for I had no idea what to do or how to think. Like good King Jehoshaphat surrounded by enemies, I cried out, “Lord, I don’t know what to do, but my eyes are on you.” (2 Chronicles 20:12).

“Let truth, the light of my heart, speak to me and not my own darkness!…I went astray and I remembered you. I heard your voice behind me, calling me back, and I could scarcely hear it for all the noise made by those without your peace. And now, look, I return thirsty and panting to your foundation. Let no one hold me back! I shall drink of it, and I shall live of it. Let me not be my own life! I lived evilly of myself. I have been death to myself. I come back to life in you.” (12:10)

What is the relationship between Bible reading, prayer, fellowship, etc. and growing in love for God? Why is it that a person could do these things and yet not grow at all?

Is there a “love-deficiency” in your heart for God? If so, why is it there – Disobedience? Disappointment? Drifting? Something else?

What can you do to change this?

“No temptation has overtaken you that is not common to man. God is faithful, and he will not let you be tempted beyond your ability, but with the temptation he will also provide the way of escape, that you may be able to endure it.” ~ 1 Corinthians 10:13