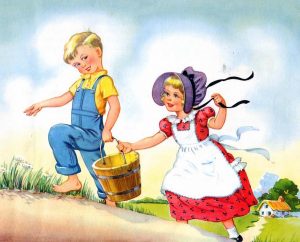 Then Jack and Jill were married, and from then on, never struggled with lust again, but lived happily, sexually ever-after.

OK…well, there’s a reason why these are called fairy tales. Because they’re not true. That’s not how real life works. Especially this one, if up till now you’ve believed it. If you think that purity problems magically go away the moment you say, “I do,” you may be in for a shock.

Now before you rip up the book and scream, “You waited till now to tell me this!” there is good news to be shared. Paul wasn’t lying when he said it’s better to marry than to burn. Marriage goes a very long way in dousing the fire. When it comes to the gifts of earth that God has given me to enjoy in this life, I honestly can’t think of anything more beautiful and more amazing than to make love to the woman I love in marriage.

“Let your fountain be blessed and rejoice in the wife of your youth, a lovely deer, a graceful doe,” wrote Solomon. “Let her breasts fill you at all times with delight; be intoxicated always in her love.” (Proverbs 5:18-20) (Why doesn’t anyone ever slip this one into the liturgy?)

Let me sing it for you. Get ready to gasp. When you marry, you are marrying someone different from you. (Insert first gasp here.) We’ll spell out these differences in a moment, but let’s continue this train of thought. Because the one you marry is different from you, they will think differently than you, and experience life differently than you. (Insert second gasp here.) What that means is that there will be many occasions in your marriage – more than you will be able to count – when you will want sex, and your spouse will not. (Insert third gasp, accompanied by Psycho theme music playing behind it.) 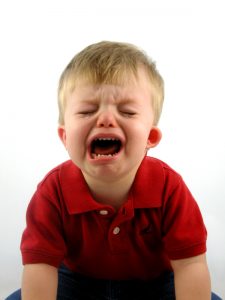 But now your wife, your real wife, gets all Westworld on you and doesn’t follow the script you’ve been writing. She defies the programming. What will you do? Is she the one who’s unloving because she’s not meeting your needs, or is it you not loving her as she needs to be loved in that moment? Quite the conundrum. Welcome to marriage – a laboratory of love if ever there was one.

So what’s to be done? It’s all yet another example of how we make a colossal mess of things whenever we try to do life by ignoring the Designer’s blueprint for life. The only way to move forward toward health and happiness is to first move back to the truths God has laid out in his Word. I can think of no better passage to consider than the one we left off from in the last reading.

What Husbands And Wives Owe Each Other

Perhaps you’re thinking as you read this, “Don’t quit your day job, Paul, and become a romance novelist.” Admittedly, this isn’t the most exciting description of married sex ever given. But if we look more closely, we’ll see some profound insights here, radical for Paul’s time, and helpful for our own. The Greek word translated here “give” has a deeper nuance to it. It means, “to give back, to fulfill, to reward, to pay what is owed”. The Greek word translated here “conjugal rights” means simply “a debt, a duty, something that is owed”.

The radical aspect of Paul’s words is in the idea that the husband owes something to the wife. In that day and age, where women were casually regarded as second class citizens, this amazing leveling of the value of men and women which began with Jesus, continues forward with his apostles. That a wife had a “duty” to fulfill her husband’s needs went without saying. That he had authority over her body, obvious. But that a husband had an equivalent duty to fulfill his wife’s needs, and that his wife had authority over his body, was a stunning declaration. No doubt, as women read Paul’s words over their husbands’ shoulders, they must have secretly high-fived each other behind their men’s backs.

Let’s go further. A husband is to give his wife what is owed her. She has her own body, her own identity, her own uniqueness. The implication here is that he owes her more than mere sex, as he perceives it. His duty is to treat her sexually in the way that she perceives it. He is to love her as she needs to be loved. Paul is saying: Husbands, you owe it to your wives to love them sexually, emotionally, romantically, physically, and spiritually in the way that they need and long for. And wives, you do the same thing for your man. 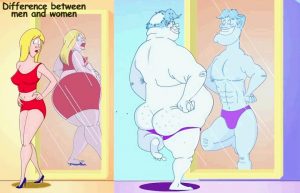 Though our culture desperately tries to deny it, God has instilled deep and archetypal differences between male and female. When someone says, “Men are from Mars and women are from Venus,” we all nod our heads. While there isn’t any one trait that is exclusively masculine or feminine, not all traits are shared equally across gender-lines. There are traits that we would say tend to express themselves more in the masculine, and traits that tend to express themselves more in the feminine.

Toy companies understand this. Radical feminists insist that gender differences are all environmental. Boys are aggressive because we teach them to be aggressive. Gloria Steinhem said, “We badly need to raise our boys more like our girls.” But try as they might to get boys to play with dolls and girls to play with GI Joes, it doesn’t work. Give boys dolls to play with and it won’t take long before they divide them up into two armies hurling their purses and high heels at each other. Meanwhile the girls will have their GI Joes sitting in miniature kitchens drinking coffee, chatting away and doing each other’s hair. It’s wired in. Men and women’s bodies are different. Their brains are different. Their hormonal cocktails are different. And this allows us to make generalizations and stereotypes about men and women that everyone understands.

I saw this anonymously on the internet. A wife once asked her husband to help her understand how he thinks. So he drew up a list of ten examples that came to mind:

We laugh because we know there is truth behind the stereotypes. And these differences affect the ways we interact with each other.

Why Did God Do It This Way?

Of course, the million dollar question is why in the world did God set things up this way? What was he thinking? Did he deliberately set out to make life impossible for us? The answer is not like a jewel hidden deep in the mine of Scripture, but like a nugget of gold, visible right on the surface. It’s right there in the Bible’s first chapter. “So God created man in his own image, in the image of God he created him; male and female he created them.” (Genesis 1:27).

(Which is yet another reason why homosexuality is heading in the wrong direction. It misses the mark biologically and theologically, but philosophically as well. The male needs the female. The female needs the male. To settle for the same leads to confusion and emptiness. Not surprisingly then, even in homosexual partnerships, one or the other still ends up adopting the feminine role, and one the masculine. You can’t get away from it even when you pretend it’s not there.)

So rather than creating us differently to waterboard our hearts, God created a pathway for us to experience an incomparable blessing, if  (and it’s a big ‘if’) we can learn to practice the art of self-denial, and love the other as they need to be loved. 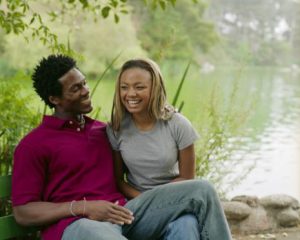 The Bible says women are the weaker vessel. (Don’t be offended ladies. It’s just a physical observation, nothing more. If you and your man arm wrestle, my money is on him.) Since this is true, men, don’t you dare use your bigger muscles to get your way with a woman, or use your deeper voice to shout her down. Instead use your strength to serve her. Would it kill you to get the door for your lady? You belong to your wife, Paul said.

And wives, don’t you use the tools in your toolkit either to manipulate a man. Don’t use your beauty or emotions or verbosity as a bargaining chip or a whip. You belong to your husband.

Learning how to treat the opposite sex with love, respect and honor is one of the greatest secrets to living life richly and fully. How though do we bring this same spirit to our sexual relationship with our spouse? There is no other part of our humanity where we are more vulnerable and can feel more alone. The secret is found in what we’ll talk about in our next reading – the art of having holy conversations with each other.

Why is it true that marriage is as much about sexual self-control as it is sexual self-expression?

Jot down five ways in which men and women are different from each other.

Why did God do it like this – to frustrate us or to bless us? Explain.

“For the grace of God has appeared bringing salvation for all people, training us to renounce ungodliness and worldly passions, and to live self-controlled, upright, and godly lives in the present age.” ~ Titus 2:11-12