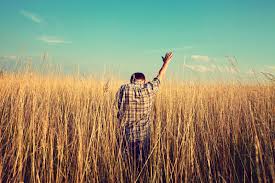 “Therefore a man shall leave his father and mother and hold fast to his wife, and the two shall become one flesh. This mystery is profound, and I am saying that it refers to Christ and the church.” ~ Ephesians 5:31-32

In this week’s readings, we’re trying to ground you in some basic truths about sex that will help you ramp up momentum in your fight for freedom. The idea that sex is God-given and good is meant to free you up to talk about your struggles with someone. The idea that sex is powerful is meant to convince you of the importance of God setting ordered boundaries around it. And that he’s not out to rip you off by asking you to live within those boundaries.

I know you’re no doubt wondering what those boundaries are (if you don’t know them already). But before we get to them, there’s a fifth idea that you must grab hold of. You need to learn that sex as a gift God has given humanity is also holy.

In the Old Testament, all sorts of ordinary objects are called holy because of the way they are used – days, soil, altars, pots and pans, clothing, food, tents, people. Once that pot or pan is declared to be holy, you better not cook your Cream of Wheat in it. It is no longer to be thought of or used in the same way as other pots and pans.

Holy cookware, Batman! How is this even remotely helpful, you ask? I am convinced that if you and I think more deeply about the holy condition to which God has elevated human sexuality then we will find it easier to practice holy behavior with our own sexuality.

Take the Bible verse at the beginning of today’s reading. The apostle Paul actually teaches that the sexual union of a husband and wife is a picture of the spiritual union that exists between Jesus and his people. Just as a husband and wife become one in the act of intercourse, so Christ and a believer become one through the indwelling of his Spirit. Hold that thought.

On one level, sex is the most primal of biological functions, which humans share with the entire animal kingdom. Evolutionary psychologists rationalize virtually ev 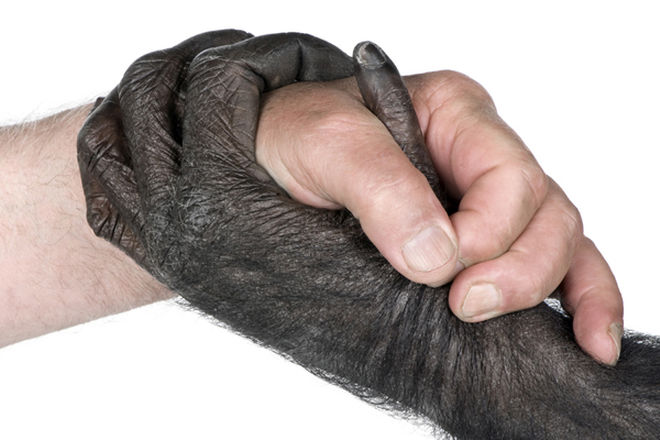 But here is one of the great dividing lines between the Christian worldview and a naturalistic one which denies God’s existence. “Man – how like a God!” marveled Hamlet. “Man – how like a dog!” declare naturalists. Christians believe that humans were created by God in his image, something that is said of no other animal (Genesis 1:26). As theologians have mused over the years on what precisely that means, they have landed on several key areas: we are rational, relational, moral and spiritual. The chasm between human life and every other form of animal life in each of these areas is surpassingly large.

This is no trivial matter. This isn’t you say tomayto and I say tomoddo. Naturalists, in relegating humans to glorified animal status (and many would even lose the word glorified), inherently have a lower view of human life than Christians. Which is why over the centuries, when you see movements to build hospitals, erect universities, care for the poor, advocate for the weak, defend the unborn, feed the hungry, and heal the sick, invariably it is followers of Christ leading the charge. A high view of human life leads to a high level of care for human life. And also: a high bar of expectations for how humans ought to live.

Which brings us back to our discussion of Paul and sex. Of course Paul as a Christian would regard human sexuality as something far beyond mere animal behavior, even as something that is holy, something that can actually bind humans at a spiritual level, and show us something of the love and wisdom of God. And it’s this understanding of sex that governs the boundaries which God has set up for how we conduct ourselves sexually.

Most animals don’t mate for life with the same partner. They mate whenever their instincts and urges take over, and it doesn’t really matter who they’re with. God though commands us to mate for life with the same partner, and no one else. When a male animal takes over a herd, he’ll often kill the children that aren’t his own. When humans remarry and bring together two families, it’s oftentimes hard for the parents to love their stepchildren the same way as their own. The animal part of them is at work. But you’re more than an animal. You’re a member of God’s kingdom first. You are to rise above your animal nature as a spiritual being and love those children as your own. 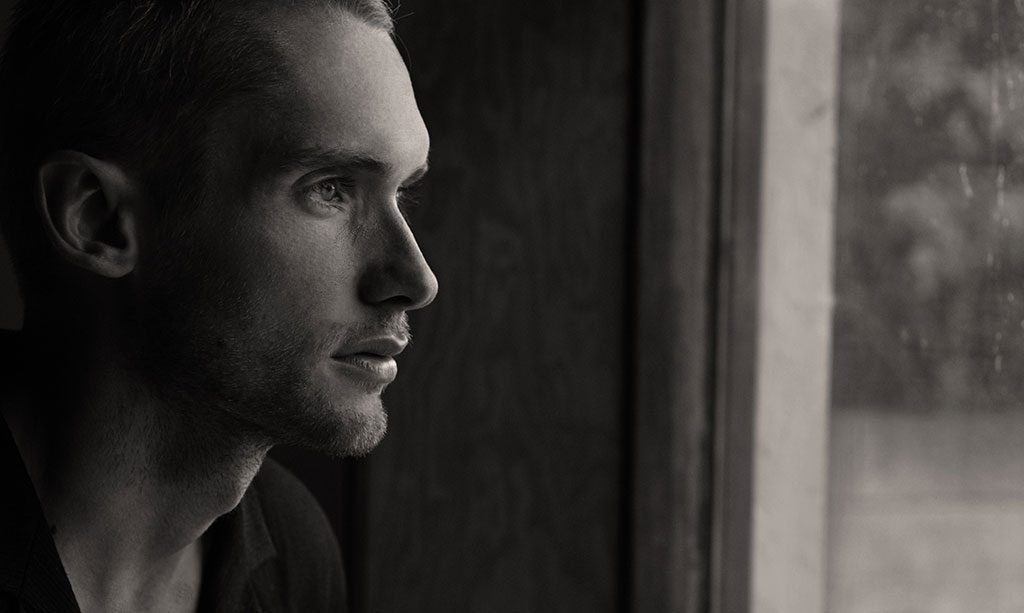 On one of those occasions as I stepped from the mud, the Spirit of God welled up within me and said, “My son, you’re better than this. What are you doing here?” And I wept and wept, as the truth came home to me of how far I had fallen.

The philosopher Voltaire said that even if there were no God, we would have to invent him. He recognized the powerful incentive to morality which the belief in a God to whom we are accountable provides. Take away that belief, and immediately humans start acting more animal-like. One of the reasons why I want more and more people to become true followers of Christ is that nothing on earth ennobles humanity like faith in Jesus. To ennoble something means to lift it up in stature, to add dignity and worth to it, to raise it up to the rank of nobility. Christianity when practiced tends to make people better, because it points them to what is holy and beautiful.

I would suggest that the rise of pornography, as a symptom of our culture’s wholesale abandonment of a theistic view of life, is not enlightenment, but a descent into darkness; is not freedom but captivity; is not love but the epitome of selfishness.

My friend, you are better than this. What are you doing here?

How has Christianity taken sex and elevated it to a holy condition, above how sex is practiced in the animal kingdom?

How can thinking of the holy condition of sex help you practice the holy behavior of sex?

When you give way to sexual sin, do you come away feeling that this is you at your best? Exactly what do you feel when you’re done with it (or it’s done with you?)

(We encourage you to memorize both the verse and the reference, in any version you are comfortable with.)

“For the righteous falls seven times and rises again.” ~ Proverbs 24:16

“For this is the will of God, your sanctification: that you abstain from sexual immorality; that each one of you know how to control his own body in holiness and honor.” ~ 1 Thessalonians 4:3-4