Day 9: Jesus Came To Save Me From Evil 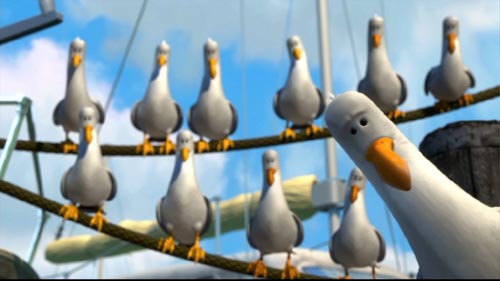 “She will bear a son, and you shall call his name Jesus, for he will save his people from their sins.” ~ Matthew 1:21

Christians claim that a personal and loving God created humans for the purpose of enjoying a very real relationship with him. We were created ‘in his image’, sharing a rational mind and a moral heart with our Maker. We were created with a perfectly holy, loving, giving nature, which instinctively drew toward what was good, right and true, and recoiled from what was evil and false.

It’s almost impossible for us to imagine how a person created like this would go about their day since it’s so unlike those of us who fill the planet now. I wake up in the morning and my first thought is not, “I wonder what I can do to get my wife’s day off to a good start?” No – my first thought is me, me, ME! A visceral selfishness dominates my heart. In my interactions with others, it’s easy for me to summon fear, competitiveness and pride (just go get in your car right now and drive around, if you doubt me). Aggression is easy. I have to work hard to summon compassion, grace and empathy. What’s more, I wilt before temptation. Bait the hook with a little pleasure and at once my knees start wobbling.

Atheists, humanists, relativists, Darwinists, and company scoff at the biblical notion that humans were created morally perfect, then “fell” from that exalted condition. As far as our telescopes can see, the universe is violent and volatile. As far as our microscopes can see, humans have no detectable soul. Humans are just animals with a prefrontal cortex. As far as human history can see, our past is nothing but the chronicle of warlike aggression – this is who we are. End of story. We’ll either ‘science the sh## out of this’ (to quote Matt Damon in “The Martian”), evolve our way out of this, or destroy ourselves.

I would almost be convinced by such thinking were there not two separate strands of evidence to convince me that the biblical view is correct. First, if we were not created good initially, then why do we feel shame and guilt when we do what’s wrong? And where does this inner sense of wrong-doing even come from? Inside of us is this intuitive sense of right and wrong. A natural law, some ha 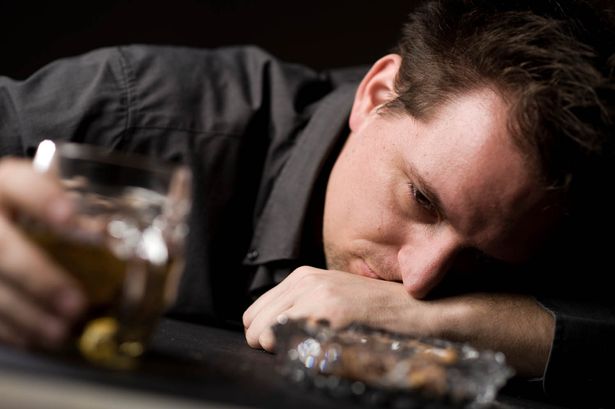 ve called it. We think to ourselves that we ‘ought’ to do this, and we ‘ought not’ do that.

Where did these ‘oughts’ come from? And the compulsion inside to find atonement for my failings? Every ancient culture developed sacrificial systems with altars and castes of priests to appease gods whom they had offended. Today the priests we flock to are therapists, counselors and psychologists who work to explain away or medicate away our guilt.

The idea that humans just conjured this up over time, or that natural selection furnished us with moral sensibilities, requires more faith than theists are accused of having. There’s a far simpler explanation. When my car doesn’t run the way it was made to run, it usually lets me know, with squeals and squeaks of one kind or another. When I don’t live my life the way the Creator designed me to live, shame and guilt are the squeals and squeaks of my fallen nature.

There’s a second reality that convinces me of the truth that humans are not animals in need of evolution, but fallen creatures in need of redemption. We have good reason to believe that one of these morally perfect, good and loving beings has actually walked the earth, and lived among us.

Hopefully, you know what I’m on about. Enter Jesus.

From the beginning, followers of Jesus believed him to be God in human flesh. Entire books and treatises have been written to defend that belief, so we won’t do so here. Except to say that Jesus is incomparable among humans. No one spoke, lived and loved like him. He fulfilled dozens of specific prophecies in the Old Testament issued centuries before his birth. He was free of all the biases, ignorance and prejudices that clung to those who lived in his time and culture. It’s as if he parachuted in from outside of time and culture – which is what you would expect if God came to earth.

Among his many audacious claims was his matter-of-fact assertion that he was a morally perfect being. “Which of you can accuse me of sin?” he asked (John 8:46). And no one, including those who knew him best, could refute his claim.

In his essay, “Why I Am Not A Christian”, atheist Bertrand Russell tried desperately to prove that Jesus was bigoted and short-fused just like any other human by pointing to an episode where Jesus appeared to speak condescendingly to a Canaanite woman, and another incident where Jesus cursed a barren fruit tree while he was hungry. But in both cases, Jesus was drawing out profound spiritual lessons for those looking on. Rather than show him as all-too-human, these episodes actually further prove his unique love and wisdom. 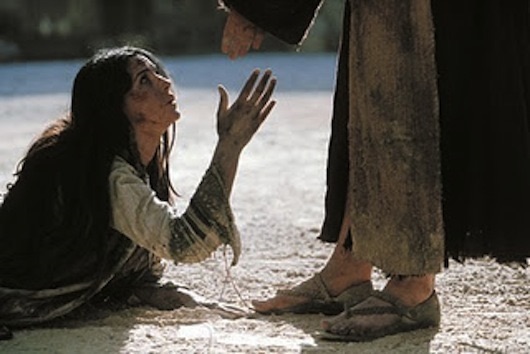 The apostle Paul would later call Jesus the ‘second Adam’ (1 Corinthians 15:45). Where the first Adam failed his tests and succumbed to temptation, Jesus weathered every assault on his integrity. What that means is that with Jesus, we can actually see with our own eyes what a human – created to be holy, loving and blameless – would look like in action. This is what humans would have lived like in the Garden of Eden prior to the Fall.

The million dollar question is why did this Jesus come in the first place? The answer in short is this: The reason Jesus came was to open up a pathway that would lead to us fallen humans becoming whole and holy once again. He came on a rescue mission that would return us to our created condition. Jesus came to ‘save us from our sins’, as was announced before his birth. He came to make us like himself.

How Jesus would do this is the topic of our next few readings. But for now, consider this. The same Jesus who walked the earth 2,000 years ago, who invited others to follow him, and learn from him, and love like him, is summoning you now to do the same. You have a high and holy calling on your life. So don’t you dare give up. God is only beginning to write your story. Jesus is only just getting warmed up with you.

Many respect Jesus as a good man or holy teacher, but do not revere him as God. But that’s not an easy claim to defend (ask Bertrand Russell). It’s actually easier to defend the thought that Jesus is unlike any other human that’s ever walked the earth. What evidence do Christians give for this belief?

In a sentence, what was Jesus’ mission in coming to earth? And if that’s true, why should I have hope right now, no matter how lost I may feel inside?

“I have been crucified with Christ and I no longer live, but Christ lives in me.  The life I live in the body, I live by faith in the Son of God, who loved me and gave himself for me.” ~ Galatians 2:20

“Do you not know that your body is a temple of the Holy Spirit, who is in you, whom you have received from God?  You are not your own; you were bought at a price.  Therefore honor God with your body.” ~ 1 Cor.6:19-20