In Tribute To Dr. Billy Graham

Billy Graham stepped into eternity today at the age of 99.

There is not a Christian alive today, old or young, whose life has not been touched in some way by this remarkable man of faith.

I gave my life to Christ following a Billy Graham movie called “Time To Run” at the age of 11, and in that first year or two of faith, I devoured all the Bible study materials that the Billy Graham Association could send me. My love for the Bible and passion to study it was imprinted upon my heart by Dr. Graham’s example.

“The Bible says…the Bible says…” he would declare in his sermons, with that simple southern eloquence and voice that you could listen to for hours. And that people would respond to by the thousands, and tens of thousands when he called on his listeners to give their lives to Christ at the end of each of his sermons.

You can’t mention Billy Graham without mentioning also his moral authority and example.

His legacy – it’s staggering. Start just with the souls that will be in eternity because of his preaching. It easily numbers in the millions.

Then consider how many pastors and missionaries and evangelists and teachers pursued those callings because he led the way. 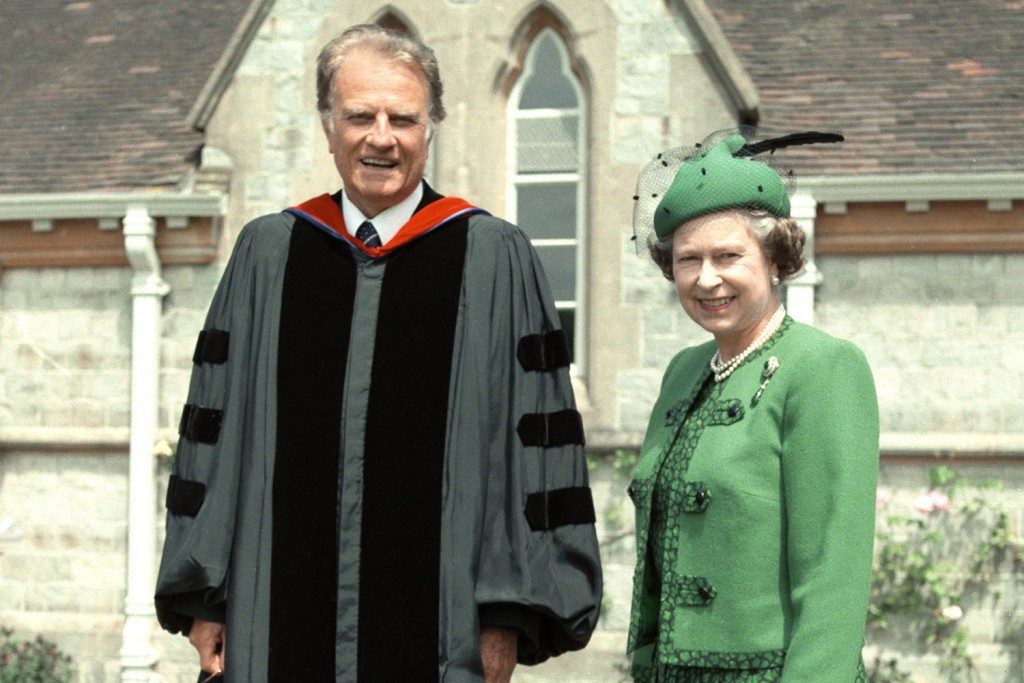 Like the prophets of old, Billy Graham sat with kings and queens and world leaders, and spoke to them of their accountability to God. Just the other day, my wife Janis and I watched a remarkable episode of “The Crown” where Queen Elizabeth – captivated by Billy Graham’s preaching during a crusade in London in the 1950s, sat with him and sought his counsel. I haven’t seen the Christian faith depicted in such a respectful fashion as that in a long, long time.

Talk of Christianity and the arts, Billy Graham launched a media and film department, where his people created movies and TV specials of the highest quality for their time, and as I mentioned, I count myself among those whose lives were changed by that. My personal motto – “Faith without art is dead” – well Billy Graham believed it to his core.

Though he never thought of himself as an academic, and expressed regret that he had never studied more than he did, his fingerprints are all over the classrooms of Bible colleges and seminaries around the world.

Christian periodicals and journals, like “Christianity Today”, where evangelicals engaged the culture, had th 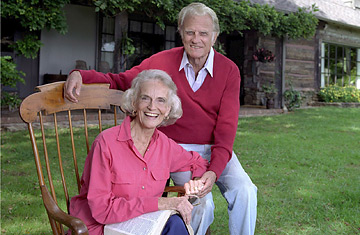 eir formation because of his leadership. As did countless numbers of organizations and agencies which were created to bring Jesus-loving, Bible-believing people together for the cause of helping the world engage and embrace the gospel of Jesus Christ.

And you can’t mention Billy Graham without mentioning also his moral authority and example. In a time when so many Christian media figure have fallen into scandal and disgraced the cause of Christ, consider his 63 year marriage to his sweetheart Ruth Bell. It was Billy Graham who created the Mike Pence rule before Mike Pence was even born. Look long and hard to find the slightest hint of financial corruption in his ministry – you won’t find it. He was a model of humility and integrity in every way.

I’m sad today, and happy to, just thinking of the party that is being thrown right now in heaven for this wonderful servant of Christ. A sinner saved by grace just like the rest of us. But what he did with the grace he was given, should inspire each one of us to give our Lord and Savior our very best.