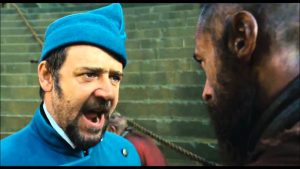 In a story from Luke 7, a sinful woman barges in on Jesus while he has dinner in the home of a Pharisee named Simon. Simon’s attitude toward the woman reveals a number of traits exhibited by a heart filled with judgmentalism – the sin which Jesus condemns when he commands us not to judge.

Judgmentalism looks on the outside only and fails to consider what’s in the heart. The woman was a sinner. She proved it by her outward actions. Jesus saw that too, but he also saw the pain inside her. And he saw her willingness to repent and change. But judgmentalists look on the outside alone.

My novel A Sparrow Could Fall tells the story of Emma, a woman who is sexually molested by an uncle in her teens. When she inevitably acted out because of the pain and shame she was experiencing, the adults in the church she attended kicked her out, sending her into a decades-long spiral of despair – until she finds healing through the events described in the story.

Before learning of the abuse, Pastor Luke Rawlings asks Emma what happened to her that caused her to suddenly act out. Erupting in rage, Emma screams out, “Well nobody ever bothered to ask that question, now did they?” and runs from the room.

Judgmentalists could care less about the backstory. Like Javert in Les Miserables, Jean Valjean is a lawbreaker, end of discussion. It doesn’t matter why Valjean stole the bread. He broke the law, and must pay for his crime. What more needs to be learned?

Jesus did not see people that way. He saw that people could change. He saw that God’s grace could work miracles in a person’s life. Which is why he hung out with “sinners”. He didn’t befriend them because he loved sin. He hated sin. It was his complete opposition to send that took him to the cross. But he didn’t hate sinners.

He could look at a rough and tumble fisherman named Peter and could see a man who with some spit and polish from God’s grace could become one of history’s most powerful preachers. Jesus could look at a thief dying on the cross and see a man ready for paradise.

What does Jesus see when he looks at you? What can you be, if only grace might be given you? Judgmentalists can only see what people have been and never see what they can be.

“Crucify him! Stone him! Burn him! Kick him out!” has been the cry of judgmentalists throughout the ages. Not that sin doesn’t deserve justice. It does. The wages of sin is death, the Bible says. The problem with judgmentalists is that they are so swift to bring down the hammer on people, as though they can’t wait.

But if there’s one thing we learn about God in the Bible, it’s that he’s not that way at all. God can wait, and does wait to bring judgment. Psalm 103:8 says, “The Lord is compassionate and gracious, slow to anger.” 2 Peter 3:9 says, “God is patient with you, not wanting anyone to perish, but everyone to come to repentance.”

When you see judgment enforced in the Bible, be at the flood of Noah, or the annihilation of the Canaanites, or the exile of Judah, or the fall of Nineveh, or the last days judgment that is yet to fall on the earth, it’s understood that God gets no pleasure out of this, and he’d love nothing more than to call off the dogs, if we’d only repent.

And Jesus wants his followers to have this very same spirit. James 2:13 says, “Judgment without mercy will be shown to anyone who has not been merciful. Mercy triumphs over judgment!”

Examine your heart today. See if any of these ugly tendencies are in you. Or if your heart trends in any of these directions. How can you burn these ugly attitudes out of you? Begin by calling to mind all the mercy that God has poured on you in your own life. Let the anti-venom of God’s grace work through your own veins. Let it break down the poison of legalism in you.