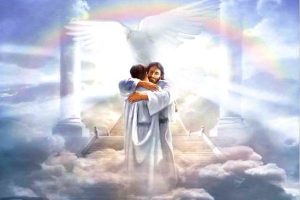 The story of Joseph shows another truth about good character – there is a reward in pursuing it.

Now be careful here. The reward for doing the right thing will not always be evident right away. In fact, usually standing up for what is right brings pain at first. You might lose someone you thought was a friend. You might be mocked. You might be pressured or persecuted.

What was Joseph’s immediate reward for refusing the advances of Potiphar’s wife (i.e. sexual holiness?)  He was tossed in prison!!  Joseph might easily have thought to himself, “That’s great, God.  Here I stand up for what’s right, for what you want, I obey you as best I can, and this is what happens!”

But Joseph’s story reminds us that in the end, if you keep storing up goodness in your heart, if you keep saying, ‘No!’, if you keep using your head and thinking it through, if you keep taking God’s way of escape, and if you obey no matter what the cost, God will see, and God will reward you.

As he rewarded Joseph.  In time, the same good qualities which Potiphar noticed in Joseph, were recognized by the prison warden, and eventually were recognized by Pharaoh himself. And if you know the story, the Lord lifted Joseph out of prison and promoted him to Pharaoh’s right hand, from which position God used Joseph to become a blessing to his family, and to save the entire nation.

And dear friend, God has his eye on you as well. The smallest sacrifice done in his name, even the giving of a cup of water, is noticed by God and will be rewarded. Perhaps if you’re like me, just knowing that he knows is reward enough. I’ll be content with just a simple, “Atta boy!” But God’s grace is such that so much more will be given us who hold the line and don’t retreat from what is good.

The apostle Paul said at the end of his life, “I have fought the good fight…Henceforth, there is laid up for me the crown of righteousness, which the Lord, the righteous judge, will award to me on that Day.” (2 Timothy 4:7-8).