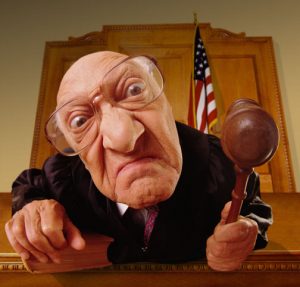 It’s quite possible that the one verse in the Bible known by more people – believer and unbeliever alike – is Matthew 7:1 – where Jesus says, “Judge not, that you be not judged.”

It’s also quite possible that no verse in the Bible is more misunderstood, and more misapplied, than this one. How many times have non-Christians hurled this verse back in the face of Christians who try to speak out in favor of biblical morality? “Who do you think you are?! You shouldn’t be talking against X, Y or Z. Judge not!”

There is a revulsion felt by modern culture to call any given behavior right or wrong. But then look at what modern culture does. Anyone who tries to throw down a boundary is immediately judged, as being intolerant, racist, homophobic, prudish, you name it. The ones who scream out the loudest against judging, are themselves masters of it.

Clearly, Jesus is not teaching his followers to suspend all moral judgment and to go through life with an anything goes mentality. The very first public word out of Jesus’ mouth was “Repent”. To repent is to admit that something you are doing is harmful or wrong and needs to be repudiated. To repent is to make a judgment.

Right after telling us not to judge (in his teaching known as the “Sermon on the Mount”), Jesus immediately proceeds to give example after example where his followers should make judgments.

The question becomes: How do you pick out a dog, or pig, a wide gate, a wolf in sheep’s clothing, a tree with bad fruit, or a house on sand if you do not exercise judgment?

Obviously, you can’t. It sounds to me like Jesus wants his followers to be doing a whole lot of judging, to navigate safely through life. So when Jesus commands, “Don’t judge” he has something very particular in mind, which his followers would be wise to understand.