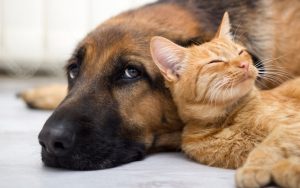 “Love your enemies, and pray for those who persecute you, so that you may be sons of your Father who is in heaven.” (Matthew 5:44-45)

Because let’s face it – our world tells us that when someone hits us, we’ve got to hit back and hit back hard. Our world loves a hero who is tough and won’t get pushed around. We love it when Harrison Ford snarls, “Get off my plane!” then sends the bad guy hurling 30,000 feet to meet his Maker.

Donald Trump wields his Twitter account like a club, battering away at enemies far and wide, to the delight of countless followers. My suspicion is that this “strength” of his also covers over a gaping weakness that will eventually undo his Presidency if he’s not careful, but that’s for another time to consider.

Before we talk about how this teaching might be lived out, let’s first address some objections. One objection is, “It’s impossible to love my enemies. It cuts against the grain of everything we are as human beings.”

But the simple fact of the matter is for the first three centuries of the church’s history, the early Christians did live this way. It’s one of the most remarkable testimonies to the truthfulness of Christianity, to watch how the early Christians behaved in an environment of almost relentless harassment and persecution.

The Jews had their so-called “zealots” who took the law into their own hands. Twice the Romans had to repulse Jewish rebellions. When Islam was born in the 6th century, it was largely spread by Mohammed’s armies. Conversions were made at swordpoint.  Islamic bloodshed in the name of Allah continues to this day.

But with Christianity, it was different.  The followers of Jesus carried no swords.  They formed no Al-quaeda-style terrorist networks to fight back. The pagan philosopher Celsus complained that if everyone became a Christian there would be no army.

Tertullian, a Christian lawyer of the 3rd century, said that the love of enemies is the “principal precept” of Christian life.  So it’s not valid for us to protest saying, “It’s impossible.”

A second objection against “loving our enemies” and “blessing those who persecute us” is that it “doesn’t work”.  If we act this way, it won’t solve the problem of evil. If we let the bullies have their way, in no time they’ll be worse than ever.

Look at Hitler in the years before World War II.  Prime Minister Chamberlain of England and the other European powers capitulated to Hitler time and time again, allowing him to only grow stronger and more ruthless. Look at the locusts in “A Bug’s Life”. Until the ants put their feet down – all six of them – the locusts pushed them around like…well, bugs.  If you look the other way when evil comes, if you don’t do anything, it’ll just spread.

However, let’s not put words in Jesus’s mouth.  He’s not telling us to let people get away with evil. Nowhere are we being told to capitulate.  Or to do nothing.  Or to say nothing.  We are to respond to evil, but what Jesus is teaching us is to respond to it in a different way than our feelings and out culture is telling us to. And Jesus way’, while not easy, does work.

In Romans 12:21, Paul says, “Do not be overcome by evil, but overcome evil with good.”  Paul is saying that evil will be overcome by this approach.  It does work.

It worked in the early church.  As long as Christians practiced Jesus’ teaching of loving their enemies, the hope and freedom of the gospel of Christ spread like wildfire throughout the empire. “We’re everywhere!” Tertullian boasted to the pagan Romans. “We’re in your shops, we’re in your marketplaces, we fill your cities, and towns and countryside, the only thing we’ve left you is your temples, and you can have them. The more you mow us down, the more we grow for the blood of martyrs is seed”

And it’s worked within our recent memory. It worked for Mahatma Gandhi, who applied Christ’s principles in his struggle to rid India of British oppression, even though Gandhi was not himself a Christian. It worked in the struggle for civil rights in our own nation, as Martin Luther King, Jr. committed himself to loving his oppressors and praying for his enemies, remaining steadfast to the day of his death.

Still another objection to our Lord’s teaching is that this is nothing but wilting, wimpy, pathetic weakness. Remember the Chinese man who stood before the onrushing tank during the days of Tiananmen Square protests in 1989? Was that weakness? Or Jesus Christ hanging from the cross, looking below at the soldiers who had crucified him, and saying, “Father, forgive them, they don’t know what they’re doing.” Will anyone accuse Christ of weakness at that moment?