Three Places Where Judging Others Is The Right Thing To Do 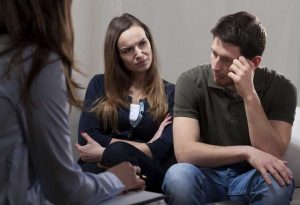 “Don’t judge,” Jesus commands in the Sermon on the Mount (Matt.7:1). But he’s not telling us to never exercise moral judgment, for that would be foolish, even dangerous. Consider several examples in Scripture where we are told to “judge” the behavior of others.

When someone sins against us. When someone hurts us, Jesus tells us to go to them and point out what they’re doing, but to do so privately (Matthew 18:15).  We can’t say, “Oh, I shouldn’t judge. Live and let live.” Sure there are occasions where we need to let things go. The Bible calls that forbearance. There’s so much sinning to go around, that if we make it our business to point out every time someone nicks us, life will get ugly in a hurry.

How do we know when we should point it out or not? Jesus tells us to go to them with the goal of “gaining our brother or sister back”. It’s a reconciliation strategy. So if the behavior is something severe enough to hurt the relationship and drive a wedge between you, then it’s time to exercise this sort of judgment. (If they don’t listen to you when you go to them one-on-one, Jesus provides additional steps to follow, but that’s for another article.)

When we see someone caught in a sin. Galatians 6:1 says, “If anyone is caught in any transgression, you who are spiritual should restore him in a spirit of gentleness. Keep watch on yourself, lest you too be tempted.” Again, there’s a qualifier here. We go to them not when we see them sinning. We’re not the moral police, commissioned to go around issuing sin citations for every infraction. God doesn’t even do that! “If you, Lord, kept a record of sins, who could stand?” (Ps.130:3).

We go to them when we see them caught in a sin. Some sin gets on me like mud, and I’m responsible to go to Jesus and get washed off. But some sin wraps around me like a chain, and then the responsibility extends to those around me to help me break free (even though the foolishness for getting caught is all mine.) Strangely, the deeper into sin a person plunges, the more blind to its reality they often become, making it all the more important for those who love them in Christ to exercise moral judgment and go to them.

We are to judge the teaching and character of our leaders. There are two sides to this coin. On the one hand, the Bible tells us “Obey your leaders and submit to them, for they are keeping watch over your souls” (Heb.13:17). But a few verses earlier, the writer says, “Do not be led away by diverse and strange teachings.”

I can point to countless examples of those who mounted pulpits, brandishing Bibles, who then led their congregations into great sin or heresy. I recently read of a pastor who was caught in adultery, who then announced to his church a week or two later that God had forgiven him so they should as well (translation: I shouldn’t be disciplined for this or be asked to step down.) Anyone in that church who goes along with that reasoning is not exercising moral judgment, but is instead ringing the dinner bell for Satan.

“Do not despise prophesying but test everything,” Paul wrote (1 Thess.5:20-21).  Blessed is that pastor or preacher who has a congregation of “Berean Christians” (Acts 17:11) who while receiving the word eagerly from their lips, nonetheless, will “examine the Scriptures daily” to see if what they are preaching is true.