Why Blasphemy Is Fine With God

“And everyone who speaks a word against the Son of Man will be forgiven.” ~ Luke 12:10

Blaspheme: to speak of or address with irreverence; revile, abuse

It’s a remarkable thing Jesus says. This one who claimed to be the Son of Man (an Old Testament code word for Messiah – the promised, heaven-sent deliverer who would come to save the world from itself) says that blasphemies spoken against him will be given a mulligan. Their offensiveness will be overlooked.

Blasphemy is a word usually used in connection to the arena of religion. It’s hard to blaspheme a politician (unless they claim to be God – which granted, many a politician is tempted to do.) But you can blaspheme God and his spokesmen. The murderers of the French cartoonists took upon themselves the role of avengers meting out God’s justice against those who maligned Allah and his prophet. The cartoonists’ “crime”, to the small and demented minds of their executioners, was blasphemy.

One of the reasons why it is so critical that the world press and world politicians identify this brand of terrorism as Islamic terrorism is not to castigate all Muslims as being culpable. We don’t use the descriptor Mexican drug cartel to slander all Mexicans. We use it to identify a geography of ideas and actions which might help us identify the headwaters of the problem so that we can then solve the problem.

By saying Islamic terrorism we are saying that that there is something malicious imbedded in the philosophical and theological geography of Islam that is spawning an unprecedented and frightening number of these terrorists. It is in our best interests (and in fact, it is in the best interest of any noble-hearted Muslim) to identify what that cancer is, so that it can be removed.

Imbedded in the worldview of Islam today as represented by millions of its adherents in dozens of nations is the idea that neither the prophet Mohammed or the Koran he penned is in no way to be questioned, criticized, analyzed, scrutinized, not even – as we now know – cartoonized.  Islamic tradition has all but sealed off its prophet and its scripture from scrutiny or analysis or depiction of any kind, and should a person not adhere to that company line, their very lives are forfeit. Hollywood, to my knowledge, has no film about Mohammed currently in production.

In contrast to this, Christianity has been raked over the coals since its inception 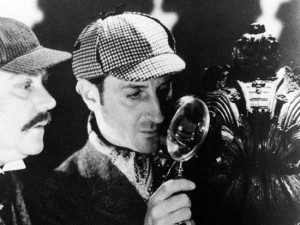 . No book has been more torn apart, word for word, than the Bible. No religious figure has been more repeatedly dismembered then reassembled, than Jesus Christ. And all of this is perfectly fine with Christians. According to them, God’s a big boy, and he can handle it. In fact, he welcomes it. “Come, let us reason together,” God invites the human race.

Two reasons seem to account for this – and any Muslim should pay serious attention to this.

First, the nature of truth. Truth, to be truth, must carry with it provability. And provability by its very nature demands scrutiny. If I cannot question your ‘truth’ and hold it up to the light of analysis, then your ‘truth’ must not be worth very much. If your ‘truth’ requires fear and AK-47s to sustain it, if your ‘truth’ cannot be brought out into the public square to wrestle naked in the arena of ideas, then how weak your truth must be. Why would I possibly adopt your ‘truth’ under such conditions?

Which leads to the second reason why if there is a real God he would welcome scrutiny – the nature of belief. Living ‘by faith’ is a requirement for each one of us, even the most ardent secularist. Did you send out your eggs and bacon to be tested before breakfast this morning? If not, you were using a measure of faith. But the faith you used was robust. It’s sustained by experience, evidence and a strong foundation of reasonableness.

Jesus knew all of this 2,000 years ago. He knew that before a person could come and legitimately see him as someone worthy of allegiance, even worship, that he or she would have to go on a journey of discovery. They would have to investigate, do a cost-benefit analysis, weigh out his claims, consider his teaching, evaluate his character. In the process, there would be a learning curve during which time incorrect, even irreverent beliefs would be entertained about him. Why, blasphemies would likely even be uttered. But all of that would be allowed and forgiven, for only then could real, robust faith awaken.

The current crisis will start to ease when two things happen. Governments of good will can rise up and through force send this hideous ideology back to the stone age where it belongs. And force must be used, because those who subscribe to this ideology are no better than wild animals on a rampage. Having sold their souls and unplugged their brains to this, they will kill because they must kill. Their inner programming demands it, that Allah’s favor might be gained. (Imagin

e then, a mentality like this with access to political power and a nuclear weapon. Just saying.)

Woe to us, however, if this is the extent of the response, for it will inevitably breed wave after wave of unnecessary and excessive violence, racism and ugliness.

A second movement must occur, simultaneous to governments taking the steps necessary to protect its people. And this movement must occur within the heart of Islam itself (small signs of which may already be occurring.) It is up to the world leaders and street leaders of Islam to rise up, identify this cancer imbedded in its ideology, and remove it. A reformation must occur in Islam’s midst, led by those with the courage to repeatedly renounce and reject this demonic ideology. To do so is not to compromise an ancient faith so that it may join the modern world. Valuing free speech and free thought is as old as Jesus.

Rivulets of radical fundamentalism occur in every stream of politics and religion, but every time they start to overflow their banks, those representing the mainstream throw up levies to push them back. The difference here is that the radical Islamic movement is not limited to a “few” as some have ignorantly said, but represents a frightening river of thought that is now at flood stage. What happens next within Islam itself will determine the course of the next few years.