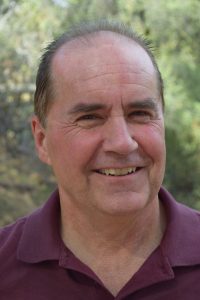 I’m Bear Clifton (though Mom named me Barry). They say I’ve got about 20 seconds to tell you who I am and what’s in it for you. That’s a tough order. Let me channel Bonhoeffer – “Whoever I am, Thou knowest O God…”

They tell me I’m a writer. That I’m a geographer of the heart. I love to explore life through words. I place words in the Yahtzee cup of my imagination, and they roll out in journals, books, screenplays, songs and poems.

They tell me I’m a pastor. For more than 25 years, I’ve been one beggar telling others where to find bread. And I’ve found it offered by one who called himself the Bread of Life.

I know the power of art to serve as a bridge between faith and culture. It was while watching the 1959 classic Ben-Hur alone in a student lounge as a freshman in college (crying my eyes out) that I returned to Jesus after a few years of trying to do life without him.

That story so captivated me that a few years later, I asked myself “But what happened next? Judah Ben-Hur is a still a young man at the end of the movie.” While in seminary studying early church history, the idea for a sequel to General Lew Wallace’s great story grew in my heart, where I imagined Judah thirty years later, coming alongside his best friend the apostle Paul to defend him in his trial before the megalomaniac emperor Nero.

Ben-Hur: The Odyssey was born. I wrote first a screenplay of the story, then a full novel. In the early 2000s, I found an agent for both projects, and next thing you know, I was corresponding with Charlton Heston himself. Things got very close. But then Mr. Heston announced his illness with Alzheimers, “Gladiator” came out and sucked the oxygen out of expensive ‘sword and sandal’ flicks (so I am told), and that was that.

I plunged back into ministry and tried to forget about writing. But I couldn’t shut down my brain, which continued to crank out stories one after the other. It grew so strong in me that in the summer of 2016, my wife and I took a vault of faith (leap is not strong enough). We sold our house, I stepped down from a 20-year pastorate with a great group of people in Connecticut and we moved to the LA area to be near our daughter, and to take the opportunity of a lifetime to write full-time for a season connected to the Hollywood arts community.

During this sabbatical, I wrote an award-winning story called Tinkerville. Imagine “It’s A Wonderful Life” meeting “Stranger Things” with a little “Screwtape Letters” thrown in. It’s about one of heaven’s mightiest angels who comes to earth as a simple school maintenance man to protect a junior high boy, who will save the world as an adult. Each version of Tinkerville I’ve written – a short, TV pilot, and feature length movie – have won awards or placed high in major contests. The movie and the first five episodes of a prospective 10-episode TV season can be read here.

I revisited a story I first wrote back in the seventh grade about a 30-foot snowstorm that wipes out the Midwest. In a month, I cranked out a movie script of Deep Freeze, and wouldn’t you know, that silly story was a top ten finalist in one of the most prestigious screenplay competitions in the world.

I recently finished a second novel called A Sparrow Could Fall about a small country church that rallies around a black family that’s been targeted by a hate group. Unbeknownst to the pastor, the leader of the hate group is also a leader in his own church. In light of our society’s unending racial struggles, I’m bullish on this story and its prospects. I’ve also created a feature length screenplay of the story.

The scripts of each of these stories is available for review on this website.

All told, we spent 40 months in LA, and right before the pandemic, we returned to the East Coast, where I am now pastoring a young church in southern Maryland, not too far from Washington D.C. I have no idea what will come of these endeavors. There’s that old saw: If you wanna make God laugh, tell him your plans.

But I believe that God dreams a dream for each one of us, even if we’re not sure what that might be. So in faith, hope and love we press forward.

After all, as that great theologian, Wayne Gretzky, once said, “You miss 100% of the shots you never take.”

You can reach me at pastorbearclifton@gmail.com.