Death Of A Pastor

My heart is so heavy today to learn of a young, well-known, well-loved pastor who took his own life this weekend.

Andrew Stoecklein, 30, was the lead pastor of Inland Hills Church – just a few towns south of us in Chino, California – a thriving megachurch. I visited Inland Hills a couple of times, and enjoyed Andrew’s lively preaching, love for Scripture and homespun humor. He leaves behind a wife and three children, and a grieving congregation that clearly adored him.

What adds to the sorrow many are feeling is that Andrew had just finished a several month sabbatical where he was receiving treatment for depression. He had seemingly checked all the right boxes. He acknowledged his struggles. He took time to heal. He pursued professional care. He had only recently returned to ministry, and in his final message to his church, was eagerly preparing them for the start-up of a new “ministry season” in the fall.

I listened to Andrew’s last sermon, part of a series called “Hot Mess”. I couldn’t tell if I was reading into it my own sorrow, but there was a palpable sadness to it, as he opened up with his people about the struggles he was working through.

“A hot mess is an attractive disaster,” he said. “They’re someone who is still somewhat functional. They get really good at dressing themselves up. Regardless of what’s still happening at home, or at work, we still show up and smile…and pretend everything is good.”

He admitted being driven by an unhealthy perfectionism which often afflicts those Type A-high energy souls who run growing businesses – or churches. (As an example of his humor, he said, “My wife told me to stop being so OCD, which made me so mad. Because she knows those letters are in the wrong order.”)

The bulk of his sermon was a passionate plea to his people to be authentic with themselves, with each other and with God.  “Stop trying to perfect your mess by yourself,” he said, as he admitted to being under the care of a team of doctors and a psychiatrist this summer.

“Our mess is a lens through which we can discover God,” he shared, urging his people to join him on the journey of following Christ who can turns us from “messes into masterpieces.”

But something happened the week after that sermon, or something welled up within Andrew – a rogue wave of fear, or anxiety or despair – and he lost hope in his own words, and this time it took him down for good.

Sadly, Andrew’s death is not a lone occurrence. This past year has provided multiple examples of pastors, doctors, and care-giving professionals who succumb to depression or burnout and end their lives. 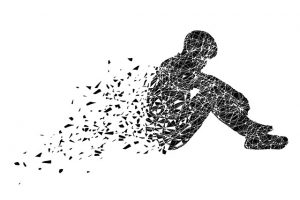 As a 25-year pastor, I know full well of the hidden demons and agonizing heartache that besieges those commissioned to bring “good news” to the world, who cannot receive it for themselves. What is it about the pastoral role that can feed these tendencies?

The faithful pastor will easily work 55 or more hours weekly, attending to a dizzying array of responsibilities. In my book A Sparrow Could Fall about a country church that battles a hate group in its community, the young pastor Luke quickly learns what’s on his shoulders.

He hadn’t even been on the job a half-year, and already Luke had learned that a pastor had to wear an incredible number of hats. Preacher, CEO, therapist, prayer warrior, social worker, worship leader, hand-holder, peace-maker, community activist, visitation committee, vision-caster, cheerleader, super-husband, fab-father, Bible scholar. Plus, an expert on social trends, conflict-resolution, church history, spiritual growth, politics, world religions, and end-of-the-earth theories. Leader of men, trainer of all, example to the masses, spittoon of the disgruntled, facilitator, encourager, trail-blazer, prophet.

The nature of the work.

The pastor walks with his or her people through all the seasons of their lives. The good: birthdays, and weddings, and graduations and promotions. But especially the bad: sickness, death, suicide, divorce, tragedy, job-loss, addiction. There is no limit to the ways that life on this broken planet can turn disastrous. Make no mistake about it: it is a high calling and privilege to walk alongside of souls especially when they’re hurting, and be a conduit of heaven’s grace for them. But the toll this can take, especially to a heart that is not prepared for it, is staggering.

Very few people understand the unique work of the pastor. If I had a quarter for every church member or relative that “joked” about how I only work an hour a week, my retirement savings would be secure. The reason I was able to survive 20 years at my last church is that early on, I purposefully taught my leaders what it was I did, so that they could be my “front line” of defense. I “helped them to help me”, and the church was healthier for it.

The nature of the pastorate conspires again self-care. There is always one more visit that could be made. One more program to shore up. One more practice-run of the sermon to make sure it’s smooth. The work never goes away, unless the pastor learns to set up firm boundaries where the work can’t intrude, by taking set days off, date nights, vacation time, breaks for regular physical exercise, and encouraging the church to create a sabbatical policy.

Pastors have a target on their head, many times visible, but also unseen. If I saw it once, I saw it dozens of times where people who felt abandoned by God lashed out at his representative on earth. The battle is real, but so is prayer, and wise is the congregation that learns how to mobilize prayer for the protection of its shepherd and its flock.

The sin in the camp.

Churches are both a school for saints and a hospital for sinners. We’re all “wounded healers”, broken in some way, riddled with sin and fatal flaws, called to a lifelong journey of growing in Christlike love and holiness. Each of us is capable of astounding acts of grace, but just as capable of heart-breaking depravity. Even in church life.

The sin in themselves.

While pastors are meant to be the “thin end of the wedge”, providing for their congregations instruction and guidance based on their experience and training, they are just as much “on the journey” as any other church member. Tragically though, pastors are notorious for putting on masks and not allowing others to see their “hot mess”. And churches are notorious for placing the pastor and his family on a pedestal, which only reinforces the loneliness and dysfunction that grows as a result.

The expectation to succeed.

There is a business side to ministry which can overwhelm the spiritual side if a pastor or church is not careful. The pastor of the smaller church doesn’t need a parishioner to remind him of “that growing megachurch across town” (though he’ll receive those reminders, for sure) – he already knows about it. He walks into a church conference or seminar, and sees who all the keynote speakers are, and what the workshops are about, and it feeds the insecurity he already feels about his “performance.” It’s worse when those feelings begin bleeding over into his fears about “what God thinks of him.”

But the pastor of the megachurch is driven by the need to keep pumping quarters into the machine as well. Church-goers become “investors” that must be kept happy. The success of the church is determined solely by the offerings and attendance. It’s an awful merry-go-round that’s easy to get on, but almost impossible to get off once it starts spinning.

My hope right now as I feel this awful grief pounding in my heart is that pastors and churches will begin to show awareness of how ministry can turn toxic should we take our eyes off of Jesus and forget the truth that “there but for the grace of God go I”.

We may never know what ultimately drove Andrew to conclude this was the only answer to his pain. His family and church will need so much support, love and help in the days ahead. But hopefully there are other “Andrews” out there who will know they are not alone in what they are feeling, and they are not without hope in finding help.